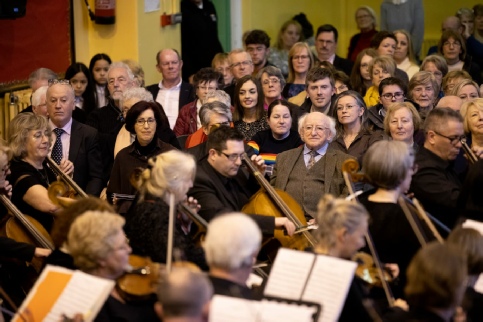 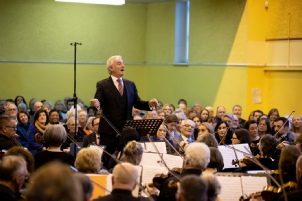 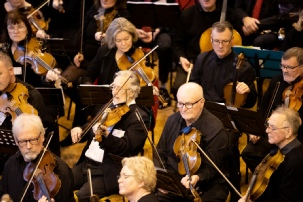 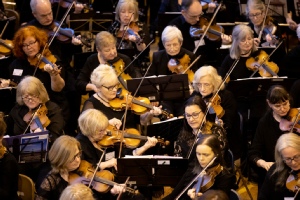 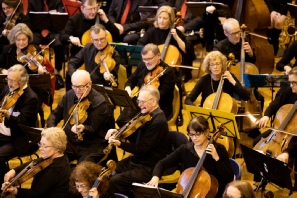 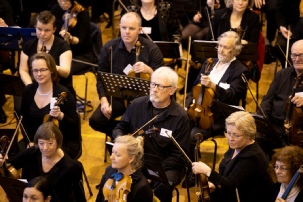 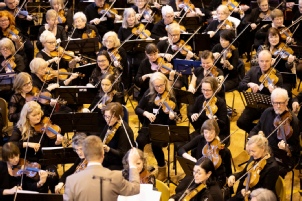 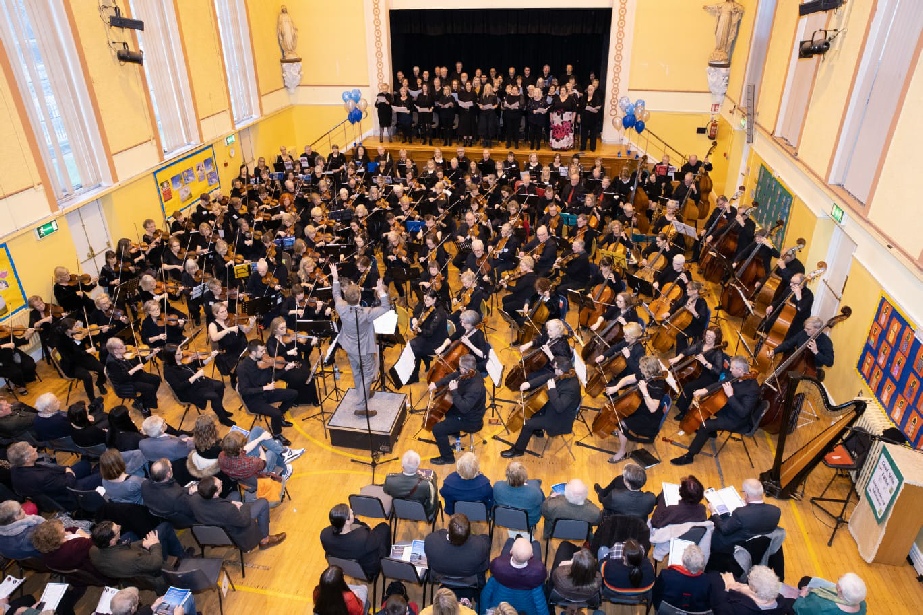 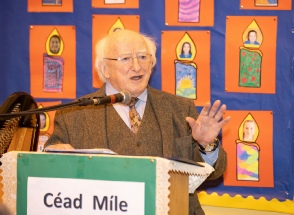 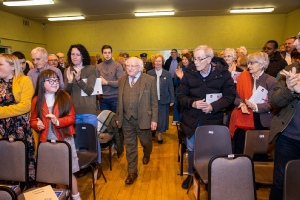 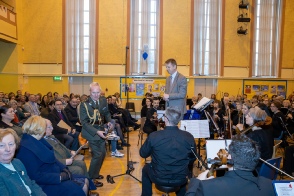 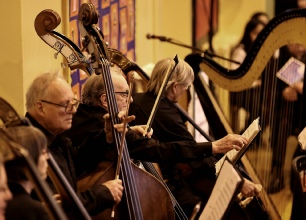 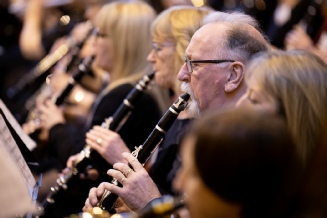 After a chance to get to know more about our guests and their music programmes, followed a busy rehearsal schedule of music beginning with Vivaldi’s ‘Gloria’, and ending with Offenbach’s ‘Can-Can’. Orchestra members enjoyed the period of focussed rehearsals punctuated by refreshement and meal breaks where they continued to get to know each other and tell stories of music in their lives.

‘The story of the parents orchestra is a story founded in a great friendship and solidarity.’

On his arrival in the hall, President Higgins acknowledged the dedication of all those organising the event and working to sustain the project in many ways, while describing the importance of music in our lives and in society.

All pieces in the concert were arrangements of well known classical and folk works. Vivaldi’s Gloria featured the choirs of St. Agnes’ Musical Society and Crumlin Community Choir, who also sang ‘The Trout’ by Schubert. Instrumental solos were by Juan Barro, Melissa Deans, Dawn Davin and Mick Deans in the Vivaldi.

Sounds Ensemble conductor Terry Clancy conducted Hallelujah Chorus from the Messiah and Egmont Overture. Eimear O’Grady who conducted the orchestra for most of the ten years was warmly weclomed back to conduct Barcarolle (Offenbach) and ‘O Mio Babbino Caro (Puccini), each featuring Breeda Ward on Harp.

Soprano Soloist Jennifer Grundullis joined the orchestra with ‘Aria’ from Bachianas Brasileiras No. 5 by Villa Lobos. There followed arrangements of music by Anderson, Sibelius, Traditional Irish, and Albeniz. An arrangement of ‘Japanese Lullaby, Forest Owl’ featured a beautifully played duo passage for violin and cello with father and daughter Mick and Melissa Deans, and also a duo passage featuring Melissa and Sinéad Ellis. The concert concluded with a string orchestra rendition of the Finale from Dvorak’s Symphony No. 8.

While marking the end of the weekend activities, we f eel the event marked the beginning of new friendships, connections and bringin us all closer together. 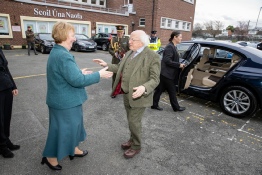 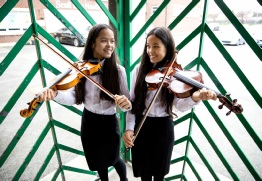 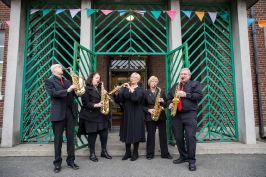 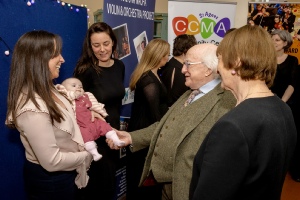