We are choosing to mark the occasion with a Round Table Forum focussing on late starter orchestras, with an international dimension, including the possibility of SKYPE contributions from abroad, and will invite two guest players from Late Starter Orchestras at home and abroad so that we have members of TEN orchestras on stage.

Currently in discussion with Late Starter Orchestras and contacts in the United States of America, London, Yorkshire UK, Madrid, the Netherlands, Germany, Spain and groups in Ireland including the Society of Music Educators of Ireland, Mind Your Quavers, Letterkenny, Sounds Ensemble, Tallaght, and Offbeat Ensemble, Dublin.

Here in Crumlin, in the heart of an urban community, we are delivering the three rights through the access programme for YOUTH, ages 4-18 (SCOIL ÚNA NAOFA VIOLIN & ORCHESTRA PROJECT)and through opportunities for everyone in the community with an ever widening range of options offered from infants through every age and stage of life at St Agnes’ Community Centre for Music & the Arts (www.stagnesccma.ie)      Scoil Úna Naofa (Irish language) = St Agnes’ School    Contact email : stagnesmusiccrumlin@gmail.com

St Agnes’ Parents String Orchestra is a large group organisation of  St Agnes Community Centre for Music & the Arts with an age range from 20 to 80 and 100 plus members with a healthy and sustainable future.

ACTIVE PARTICIPATION IN CREATIVE PERFORMING ARTS IS A GROWING THEME AROUND THE WORLD. BEING PART OF THIS DISCUSSION IS IMPORTANT. ALTHOUGH A SMALL COUNTRY, IRELAND HAS A GOOD RECORD IN MUSICAL ACTIVITY IN A RANGE OF GENRES AT LOCAL LEVELS. THIS EVENT HAS A PARTICULAR FOCUS ON A SECTOR THAT HAS BEEN LARGELY NEGLECTED – THOSE WHO DID NOT HAVE THE OPPORTUNITY TO BECOME INVOLVED IN MUSIC IN THEIR SCHOOL DAYS. THIS IS A SECTOR WHICH IS LARGELY NEGLECTED, BUT WHICH IS DEVELOPING RAPIDLY. 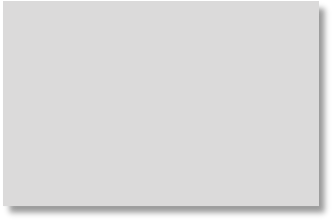 RIGHT NUMBER ONE
To express themselves musically in all freedom

RIGHT NUMBER THREE
To have access to musical involvement through participation, listening, creation and information

What is a LATE STARTER ORCHESTRA?

We think of a LATE STARTER ORCHESTRA as an orchestra where adults of any age may start to learn and to play within an ensemble, who did not have this opportunity, for whatever reason, during their school years.
The old belief was that if you didn’t start when you were young, it would be too late. Now the thinking is that it is NEVER too late. We have had and continue to have beginners in their 70s.
A LATE STARTER ORCHESTRA may include RETURNERS, people who did learn in school, dropped it for decades, and are now rediscovering  the excitement of performing with an orchestra. It may include SWITCHERS, sometimes those who have learned piano but never learned an orchestral instrument.  An orchestra or a choir brings people together from all walks of life with a common goal, to study, learn to perform and appreciate wonderful music, in a wide variety of forms. The mental health benefits are enormous, and are being further explored and researched as we speak, by everyone from mental health practitioners to neurosurgeons across the world.

We are living in a world which needs to change many aspects of how we live our lives. Music is a positive activity, using acoustic materials, requiring little energy, occupying people positively, who now and in the future are working fewer days in a week, or are working from home and need opportunities to be with others.  Participation in creative arts in our local communities is at the core of the changes we need to make to make a society with a healthy and sustainable future.